GNOSIS, my friends, is alive and well, corrupting the hearts of the masses. They fashion a fable to fit their need until their crisis passes. An idol from here and a text from there—just a little dabble do… for a do-it-yourself epiphany as the counterfeit passes through. They lose themselves in names and mantras, thinking they’re mining gold—while the god of this world enhances the shine of spiritual lies retold. So get out your old Santana records, pass the bong to the left. Listen to Jimi and Marley and worse; it will leave your soul bereft. It’s the same old trip. The first century has seen all of it come and go: such transcendent explosions of heresy are worth less than the price of the show. In the local body of Iesous Moshiach our pastor has faithfully showed us: nonsensical notions of Gnostic obnoxiousness fail to enlighten—but load us with half-truths and fantasies, cosmic conspiracies, spiritually false revelation which turn on the blacklight and dazzle the mind but maroon you in dark desolation. So I’d like to prepare you for several short poems exploring the way of the Gnostics. Though I love Elaine Pagels and Demian‘s Hesse, they fail to provide diagnostics. 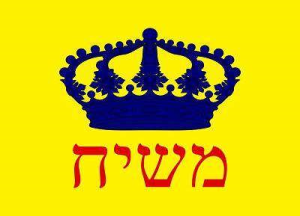