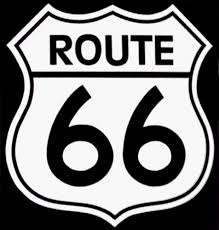 Sixty-six chapters and sixty-six books
(please, Catholic brothers—no dirty looks)
were needed for God to make known His plan:
the gift of salvation and future of Man.

Yet sometimes it seems rather cryptically stated;
poor Israel must wait and will wait (as they’ve waited).

Isaiah took sixty-six chapters to tell it;
for two-thousand years has the Church tried to sell it—
must Christ and his teaching thus languish in mystery,
waiting offstage in the wings of His history?
(Wings of the cherubim, angels, and vultures
now beat down upon us, uniting our cultures
while tech surges up in a dizzy parabola
micro in management, global in formula…)

Sixty-six chapters to say it in Greek
(Aramaic—or Latin;  whatever they speak)
while the somnolent audience scrolls on their screens
in apocalypse trance over zombie machines.
The scrolls are unopened, the parchment still sealed
the slot-machine handle refuses to yield;
as the sixes line up towards the threshold of seven
the virgins sleep late in the Kingdom of Heaven.