So far I have actually written 7 new poems in response to prompts, but today’s prompt is so near and dear to my poetic heart that I have already written some data-driven drivel and will bring out those past poems to match today’s prompt:

think about the argot of a particular job or profession, and see how you can incorporate it into a metaphor that governs or drives your poem
[…] perhaps you can take inspiration from one of the business jargon phrases that seem to predominate in corporate environments

Crunch the numbers and look at the data. I’m like:
Measurable outcomes for pleasurable incomes—
incorporate outsourced inhuman resources in-house. I’m like:
indicators for vindicators.
It’s all about the data, mama—
so man up, sit down, and move forward
like hard apps on software, like ram on a gigabyte. I’m all:
sit up, move down, man forward;
benchmarks as milestones, stone benches as mile-markers
measuring the change-talk: obstetric metrics
played out for pregnant pauses.
It’s about throwing out the carry-on
It’s about unpacking the lost luggage
It’s about documenting best practices of undressed actresses
until the data-driver fails the breathalyzer.
The data tells a story—memes of mastery cast in plastery:
DUCK the FATA (morgana) ! 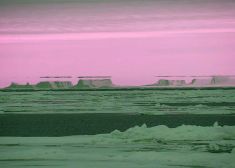