I am reading Fire Road by Kim Phuc. When she was nine, U.S.-backed military napalmed her South Vietnamese town by mistake. She was taking refuge in a CaoDai religious temple at the time of the attack. Her clothing was burned off of her body and she was terribly injured. Kim survived after multiple operations and was then made into a propaganda tool by the new Vietnamese government. While studying in Cuba, she got married and then defected to Canada. Since then she has had two sons and started her own foundation. An amazing and inspiring woman. I have seen the picture so many times but never knew the full story behind it. 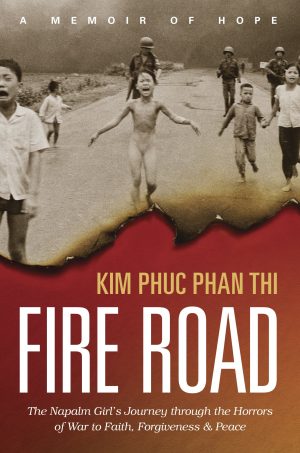