I know this is hard for moderns to wrap their minds around, but essays didn’t used to be the five-paragraph atrocities that are taught in school these days. This particular essay was done as a long-form poem composed of heroic couplets. Can you imagine turning that into a sophomore English class? Education went downhill precipitously over the course of the twentieth and slid right into the garbage heap of the twenty-first century, and I conjecture that part of the problem was the rejection of traditional forms of essays, such as poems. Once these forms and structures are thrown out, what do you have left? I know teachers try to elicit cohesive groups of thoughts from their students, but when the students don’t even know what a heroic couplet is, how can anything cohesive be expected?

For me the balm shall bleed, and amber flow,
The coral redden, and the ruby glow,
The pearly shell its lucid globe infold,
And Phœbus warm the ripening ore to gold.
The time shall come, when, free as seas or wind,
Unbounded Thames shall flow for all man-kind,
Whole nations enter with each swelling tide,
And seas but join the regions they divide;
Earth’s distant ends our glory shall behold,
And the new world launch forth to seek the old.
Then ships of uncouth form shall stem the tide,
And feather’d people crowd my wealthy side;
And naked youths and painted chiefs admire
Our speech, our colour, and our strange attire!
O stretch thy reign, fair Peace! from shore to shore,
Till conquest cease, and slavery be no more;
Till the freed Indians in their native groves
Reap their own fruits, and woo their sable loves;
Peru once more a race of kings behold,
And other Mexicos be roof’d with gold.

We must therefore use some illusion to render a pastoral delightful; and this consists in exposing the best side only of a shepherd’s life, and in concealing its miseries. Nor is it enough to introduce shepherds discoursing together in a natural way; but a regard must be had to the subject; that it contain some particular beauty in itself, and that it be different in every eclogue. Besides, in each of them a designed scene or prospect is to be presented to our view, which should likewise have its variety. This variety is obtained, in a great degree, by frequent comparisons, drawn from the most agreeable objects of the country; by interrogations to things inanimate; by beautiful digressions, but those short; sometimes by insisting a little on circumstances; and, lastly, by elegant turns on the words, which render the numbers extremely sweet and pleasing. As for the numbers themselves, though they are properly of the heroic measure, they should be the smoothest, the most easy and flowing imaginable.

If we would copy nature, it may be useful to take this idea along with us, that Pastoral is an image of what they call the golden age: so that we are not to describe our shepherds as shepherds at this day really are, but as they may be conceived then to have been, when the best of men followed the employment. To carry this resemblance yet further, it would not be amiss to give these shepherds some skill in astronomy, as far as it may be useful to that sort of life; and an air of piety to the gods should shine through the poem, which so visibly appears in all the works of antiquity; and it ought to preserve some relish of the old way of writing: the connection should be loose, the narrations and descriptions short, and the periods concise. Yet it is not sufficient that the sentences only be brief; the whole eclogue should be so too: for we cannot suppose poetry in those days to have been the business of men, but their recreation at vacant hours.

But, with respect to the present age, nothing more conduces to make these composures natural, than when some knowledge in rural affairs is discovered. This may be made to appear rather done by chance than on design, and sometimes is best shown by inference; lest, by too much study to seem natural, we destroy that easy simplicity from whence arises the delight. For what is inviting in this sort of poetry proceeds not so much from the idea of that business, as of the tranquillity of a country life. 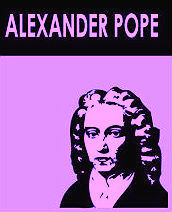