This man’s testimony is amazing.
If you have never listened to Yuri B, there is still time.

The raw and vibrant dynamism of street poetry.
True diversity —
isn’t it beautiful ? 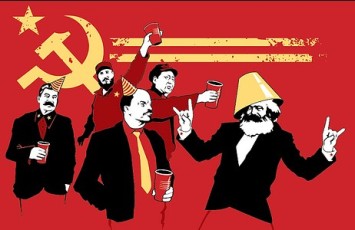 Dedicated to the agitators of Oregon.
We all want you to secede, baby !

Let it BURN while you feel the TRUMP.
(I hope Soros pays you well for your efforts).

Here’s some one-man backlash
to the whacked-out blacklight
of the whitelash blackout.
So don’t try to whitewash the knockout, blockheads.

PS: Good luck smashing capitalism along with other peoples windows and heads.
You have caused me to replay one of my greatest ConnectHook hits.

Angry young militant Marxist Farts
who riot on, in fits and starts
about class war and revolution
(demonstrably a failed solution)
rather than pitied should be scorned;
their websites tapped, subscribers warned.
Such talk begins as plodding fodder
dull as lead—yet even odder:
people read this wretched dreck!
Patriots need to hold in check
their pawn-shop plans to topple kings
they talk a good game, till it brings
armed madness, rage, the peasant wars
thugs and riff-raff looting stores,
death-camps, purges, civil chaos
union dues, returned to pay us
bloody end to a treacherous story—
guns for butter and guts for glory.
Mao’s red flowers, Trotsky’s pick
Stalin’s bearhug—lies as thick
as honey dripping on a corpse.
Centralized control that warps
a free man’s mind. And yet they find
their audience loaded, pumped and primed.
In spite of numberless essays
the true believer bucks and brays
hee-hawing on, in Maoist jargon,
urging buyers to the bargain:
shining paths that lead to graveyards
strewn with texts by Marxist blowhards.
Endless screeds by tenured traitors :
dialectic masturbators…

Marxist dullness has its edge.
Boring—yes, but forms a wedge
to split the status quo in factions
gaining time to plan their actions.
Arm in arms; so sad it tickles—
hammering plowshares into sickles
battering bewildered readers
(propagandized bottom-feeders).
Red conjecture never softens
pounded in like nails in coffins
though their pipe-dreams burn away
when exposed by light of day.

Communist theory rings the blows
to forge the chains. The movement grows.
It’s lengthened, strengthened, link by link
ensnaring those who’re prone to think
they know what’s best for rank and file,
propagandizing all the while.
Agitating Marxist praxis
forms their struggle’s central axis.
Starry-eyed, they sing the anthem
plotting mayhem. Yes, I grant them
zeal, devotion, earnest madness…
but their ends begin in badness.
Brooding hate is their only god,
biding time to shoot their wad.
Nip such notions in the bud
before they blossom into blood.
Point them out for what they are:
faceless dupes of future war.
Worst of all: they’re as predictable
as their theories are inflictable.
Gaze into the hole of history
comprehend the tragic mystery… 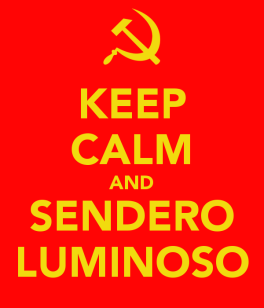