I have always felt like Fox was sell-out corporate news with a jingoist spin on it. (Except for Tucker, Laura and others.) Fox has moved lame-stream in the last few years and I hear much complaining in light of election coverage.
Given that I wrote this poem in 2013, I feel lyrically vindicated. 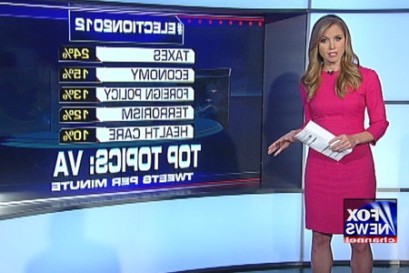 Is this a fox in the hen-house or a hoax in the fun-house ? It’s news to them that it’s views from us. Weaning ourselves tit-for-tat while we wet-nurse the networks net-worth, they pull the wool over their own press-cards, spinning yarns fit to knit a seamless weave of tailored narrative (free alterations post-laundering, free press with dry-cleaning). Ironing out the irony, the ship of state suddenly mixes metaphors: it’s a freak gyre of Greek fire: leak-proof talking points for caulking joints on a sinking vessel, a showboat floating fake liars, gloating, into lakes of fire. Let us light a naked fuse to the faked news until their networks ignite like an information overload. Fake news indeed. News to me . . . now watch them form a phalanx as we farm the faux links:

Wherever a teapot tempest brews
they’re on the feed—it’s Live at 10;
they edit out the Truth and then
homogenize conflicting views.
Sedated viewers now can choose
what semi-informed tele-snooze
they wish to see or heed or use.

Water, water, everywhere . . .
a thousand channels on the air
but precious little left to lose.
It’s fair and balanced. On the brink
between PC and global-think.
It’s news for nimrods: PRAVDA-lite
the babel of descending night
now veils the flat-screen universe
MSNBC gets worse
unable to reverse the curse
of lip-glossed bimbo network news.

A bare and phalanxed fascist fox!
Liberals thus depict their foe;
(she’s barely right of center, though…
yet still they’re having hissy fits
while staring at her cleavage.) It’s
enough to make them blow their fuse—
forget diversity of views !
The offer no one can refuse
is lip-glossed bimbo network news.

Have a nice conspiracy theory.

PROMPT #23: write a poem about a letter of the alphabet.

The nuanced global metrosexuality
of the NYT,
the progressive patrician narcissism
of New Yorker,
The dark democratic dying
of the Washington Post,
the salty smugness
of Atlantic,
the effete unstrung irrelevance
of Harper’s—
Newsweek, Time,
even Life itself:

These are passing away.

PROMPT #7:  a poem based on a news article