Donald Trump has made many quite fussy;
as he did for one actor, named Jussie.
In the end, the abuse
was revealed as fake noose,
two Nigerians, red hats, and one hussy.

It’s so rotten, one almost can smell it
and it’s painfully shameful to tell it;
but this fellow named Smollett
reached deep in his wallet.
Some bought it, when he tried to sell it. 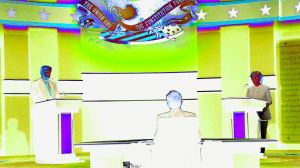 Trump’s nemesis beamed from the stage
while she simmered with well-suppressed rage.
The unkind dialectic
seemed purely synthetic;
results will be harder to gauge. 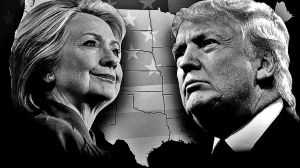 Deplorable: that’s her election
as it veers in a vulgar direction.
Though some mention Lewinsky,
it’s really Alinsky
revealed as her true predilection.

We chafe at the future event
with a murmur of futile dissent.
While her media trumpeted,
candidates plummeted
down to a depth we resent.

I mourn for our empire’s decadence
descending to realms of irrelevance;
into bloated bureaucracies:
data dumb-ocracy’s
dearly departed preeminence.