HEAR YE, HEAR YE:  It’s a wedding bell for bedding well while we’re crushin’ the illusion of Russian collusion! CNN wets on Russian bedding but Trump bets on Russian wedding, and you’re invited to the bridal shower. Punking the monkery, dig the debunkery; from Rasputin to Putin it’s time for some straight shootin’. Hillary looks old and glowers at Donald’s rumored golden showers. Our media owes US an explanation for streams of steaming urination, but we are willing to forgive and use their wet diapers as debt wipers. My poem’s appeal may take a toll, but let its little peal now roll:

Tinkle, tinkle rings the bell
A Fake News warning; time to spell
out what was wet with Moscow girls.
Putin’s putas?  Wisdom’s pearls
were pried from Truth’s reluctant shell,
banishing Hillary straight to hell.
None. It’s what we want left over
from this hag. We now discover
beds were dry; it all amounted
(all those golden tricks recounted)
to less than a tepid bowl of kasha. . .
Russia laughed from her summer dacha.
InfoWars was on it first
while Dems spun lies from false to worst,
awarding cash for faked dossiers
embellished with the CIA’s
well-trained performing circus-seal.
The FBI endorsed the deal
as RINOS horned in on the action:
Washingtonian distraction;
a democrat-concocted fuss— 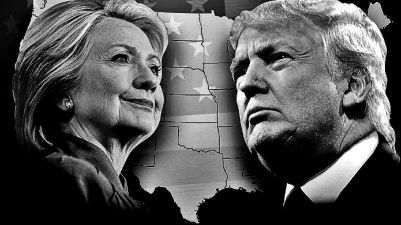 This timely re-post of my poem PoetryWars is a special dedication to Hillary Clinton upon the release of her poignant memoirs. Without Alex Jones fearlessly reporting the REAL news, I might have voted for her.   Thank God for InfoWars — and thank you Mother Russia for such efficient hacking that it was never detected after all. Into your Orthodox arms we fall.

Oh Atlantic is swell and New Yorker is gay
and the Times remains solid, a trusted mainstay…
but the greatest of all, and eclipsing these bores
is the valiant field-marshall of InfoWars.

When the dinosaur media die in the flood,
and our nation is thirsting for globalist blood
and what’s news is left leaning towards formula-fake
every patriot knows: there’s a vaccine to take !

Yes, there’s Time for a Newsweek or Washington Post
and a glib documentary from CNN’s host;
there’s a Fox for your hen-house, there’s Anderson C.
with a wink for the pretty-boys on your TV—

And of course there is Megyn (forgot her last name)
who lined up a hot date to accuse and to blame
but our wily commander escaped from the fray
with the evidence taped and the hounds still at bay.

We love Rachel Maddow. She’s pert and she’s quick
as she bludgeons the foe with that MSN shtick
but our Alex is scourging these media-whores:
the intrepid commander of InfoWars.

With his supplements ready, he’s up for the fight.
He’s the heart of God’s own anti-globalist Right.
He’s enraging the tyrants. He’s on to their tricks
(just like seventeen-hundred and seventy-six).

You can love him or hate him, support or berate
at your peril (our own Alexander the Great),
but please—do not misunderestimate.
He is less a George Bush and much more a Tom Paine
whose pure diatribes render the traitors insane.

So we love him. He’s right. He has answered the call,
and we are the resistance. Let wickedness fall.
He possesses their gates. He’s unhinging their doors;
the untouchable captain of InfoWars.

Yes, he’s hoarse and abrasive—a cowboy with grace
as he spits it right back in the globalists’ face.
He’s got millions of hits for each hundred of yours
not to mention his elixirs, ammo, and cures.

He’s the lion of Austin, renowned for his roar
that empowers the zoo while he’s upping the score.
An attempt to suppress him will bring on the worst
and his beasts will defend what his enemies cursed.

Transnational sociopaths, bankers and thugs
and the globalist criminals pushing their drugs
when the dust finally clears will be scrubbing his floors:
he’s king of the castle of InfoWars.

If his martyrdom happens, he’ll rise from the dead
and then multiply YouTubes like fishes and bread.
Resurrected, revived, he’ll ignite civil war
till you wish you had known what the Lord had in store.

If you hate him you’re merely a traitor at heart.
Don’t belittle his gifting, his talent, his art.
If you cannot discern what is writ on your wall
then get out of the way. Let your empire fall.

Should you act cavalierly, he’ll Cromwell your town;
it can only blow up if you take the man down.
He’s our knight; come the day and the laurels are ready…
hold back; keep your wit and your armaments steady.

My words bestow honor where honor is due:
on the crown of each head of the InfoWars crew—
till his voice, with a vengeance, shall break on far shores;
the tsunami (and swami) of InfoWars. 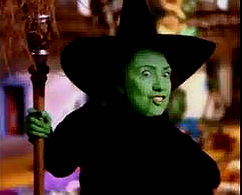 By your witch we’re considered deplorable;
but we love our new king. He’s adorable.
We have learned, from your spite,
that your souls are not right
and your media truly ignorable.

Your Facebook posts, laced with profanity
reveal minds on the verge of insanity.
You got trumped—while we toast
what you suffer the most:
unforeseen presidential calamity.

You’re progressive; and so you must denigrate
our triumphant victorious candidate.
Yes, you shot off your mouth.
Now you’re trapped to the south
of the land where you promised to emigrate.

Before your resolve starts to stall
you must heed the Canadian call.
Pack your bags and go forth
to your home in the North.
(or climb over that Mexican wall).

It’s the END ! Now the Right will resurge,
and a new coalition emerge.
A Canadian rental
might help with your mental
well-being. We’ll play you a dirge.