Passage from: Scenes From Beyond the Grave
published in 1865 by Marietta Davis.

“Why will not mortals reason and discover the results of action, and by preventing the growth of evil and by cleaving unto God, through heaven appointed means, escape these fearful consequences? Marietta, you are not one of us, else these elements would have enveloped your being and absorbed your life. But you will return to realms of peace. Madness and delirium arise and rage within us upon being cited to scenes where love, pure love, and peace abide. You are thus addressed because of your return to earth. Tell the inhabitants thereof what you have seen, and warn them of the danger awaiting those who persist in the gratification of impure desires.”

One hideous expression closed the scene; and being overcome—for I knew what I had witnessed was real—I was immediately removed. Those spirits I had known on Earth, and when I saw them there I knew them still. Oh, how changed! They were the very embodiment of sorrow and remorse. How ardently I desired that they might escape and become pure, and receive an inheritance with those blessed spirits I visited in Paradise of Peace. 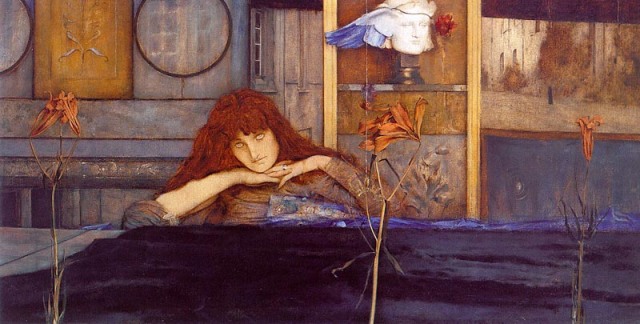 Passage from: Scenes From Beyond the Grave published in 1865 by Marietta Davis.

Overcome by her deep feelings, she yielded to the manifestation of grief, and I heard her speak no more; whereupon another spirit drew near, and addressing me, said:

“Go, leave us to our lot. Your presence gives us pain, since it revives the more active memory of lost opportunities; the indulgence of propensities that folded around the soul the elements of evil magnetism, and pervaded the spirit with its deadly miasma.”

Here the spirit paused a moment, then continued, “No, tarry; prompted by a cause I know not, I am desirous to reveal what we have learned while here, relative to the power and influence of evil and its magnetism upon the spirit of man, which, though while man inhabits the tenement of clay is exceedingly subtle, when the spirit leaves the outer world and enters the interior world, forms the external sphere of his existence. Here it is the more external. In the world whence we came, it is the invisible and interior; but now it is our outward dwelling. It arises from the deep. It unfolds from the soul. It encompasses all, pervades all, controls and inspires all. Mortals are opposed to this truth, and from the love and goodness of God, they reason that there can not be suffering in the spirit of man. This reasoning charges evil upon God, since evil and suffering exist with the family of man in the outer world and with us prevail. The cause of this is obvious, and yet men seek to reject the principle.

The Harvest of Sin

“When the harmony and movement of law is disturbed or prevented, evil consequences ensue. Man, by counteracting the movement of law in himself, produces a contrary effect from what is indicated, and therefore, that which was ordained unto life—that which should have perfected him—by improper tendencies, is operative unto death; sin therefore, or the violation of law, unfits the being for proper development, and hence, the violator being removed from harmony, dies unto (ceases to exist in) the law of peace and holy development. This great and irrevocable truth is manifest in every degree of physical and moral movement, where law meets with obstruction; and we have its fruits with us in abundant and fearful harvest.” 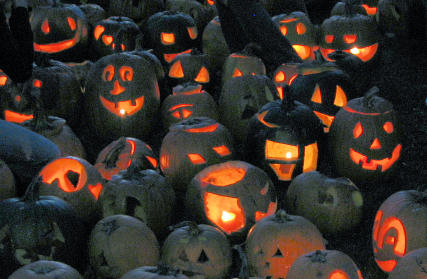 from: Scenes From Beyond the Grave
published in 1865 by Marietta Davis.

“I was welcomed with gay and sportive sounds. The beings whom you behold in the distance rushed forward to embrace me. They shouted, ‘Welcome! Welcome!’
I was awed, bewildered, and yet mentally quickened and energized by the atmosphere of this abode. I found myself endued with the power of strange and restless motion. Every organ sent forth and every pore emitted a phosphorescent illumination, which condensed about the head and formed the appearance of a brilliant diadem and reflected on the countenance a wild, unearthly glow. The exhalation as it extended became a flaming robe, enveloping my form and causing it to conform in appearance to the invariable likeness of my spirit associates. I became conscious of a strange pervasion of the brain, and the cerebral organs became subject to a foreign power, which seemed to operate by an absolute possession.”

Hell’s Revelry Palls but Does Not Appease

“I abandoned myself to the attractive influences that were around me, and sought to satisfy my craving desires for pleasure. I reveled, I banqueted, I mingled in the wild and voluptuous dance, I plucked the shining fruit, I plunged in the ardent streams, I surfeited my nature with that which externally appeared delicious and inviting to the sight and to the sense. But when tasted, all was loathing and a source of increasing pain. And so unnatural are the desires perpetuated here that what I crave I loathe and that which delights tortures me. My tortures create within me a strange intoxication. My appetite is palled, and yet my hunger is unappeased and unappeasable. Every object which I perceive I crave, and I grasp it in the midst of disappointment and gather it with increased agony. With every new accession of experience I am immersed in some unknown fantasy, delirium and intoxication. New and strange phenomena are continually manifested and add delirium to delirium, and fear to fear. I seem to myself to become part of that which is about me. The voices which fall upon my ear, again burst from me in uncontrollable utterances. I laugh, philosophize, jeer, blaspheme and ridicule by turns, yet every epithet, however impure, sparkles with wit, glows with metaphor, and moves adorned with every rhetorical embellishment. The metallic ores, the waving trees, the shining fruit, the moving phantasms, the deluding waters, seem to form a dazzling and mocking spectacle, which is ever before my eyes, and every subject of reflection, as its fellow in my heart, from which, in its mocking scenery, it meets a response. I inwardly crave to satisfy my hunger and my thirst, and the desire appears to create without and around me a tantalizing illusion of cool waters I may never drink, and grateful fruits I may never taste, and refreshing airs I never feel, and peaceful slumbers I may never enjoy. I know that the forms around me are fantastic and delusive, yet every object appears to hold controlling power, and to domineer with cruel enchantment over my bewildered mind.”

The Law of Evil Attraction

“I experience the power of the law of evil attraction. I am the slave of discordant and deceptive elements and of their presiding vice. Every object by turns attracts me. The thought of mental freedom dies within the dying will, while the idea that I am a part and an element of the revolving fantasy takes possession of my spirit. This realm, curtained with a cloud of nether night, is one sea of perverted and diseased magnetic element. Here lust, pride, hate, avarice, love of self, ambition, contention, and blasphemies, reveling in madness, kindle into a burning flame. And that speciality of evil which does not belong to and unfold from one spirit, belongs to and unfolds from another; so that the combined strength of the aggregate of all, is the prevailing law. By this strength of evil I am bound, and in it I exist. Here are those who oppressed the poor; who robbed the hireling of his wages, and bound the weary down with heavy burdens; the false in religious faith; the hypocrite; the adulterer; the assassin; and the suicide, who, not satisfied with life in the external form, has hastened its close.”

from: Scenes From Beyond the Grave
published in 1865 by Marietta Davis.

“Did mortals but know the dark and dreadful night into which they are sure to fall if they die unprepared, they would desire to lengthen the day of probation rather than to hasten its termination, however multiplied their scenes of sorrow, and to wisely improve the fleeting moments which quickly number earth’s probationary scenes. Is man’s weary existence fraught with grief while he walks the gloomy dells of death, and gropes along the brambly paths that mortals tread? Here, on either hand, awake new and multiplied causes of accumulating gloom. Does hope of peaceful and happy days in the outer world flicker like the dying taper ? In this abode are ceaseless, unsatisfied, and unholy inclinations.
Here also sense is infinitely more acute. What with mortals would produce only a pang, enters into the very elements of our existence, and the pain becomes a part of us. And as immortality is the intellectual sensation of man unencumbered with physical sense, and vastly superior in its ability to endure to mortality, in like proportion is the consciousness and capability of suffering here, superior to human suffering.”

The Result of the Violated Law

“Marietta, I feel ‘tis vain to attempt the expression of our deplorable state. I often inquire, is there no hope? And my sense replies, How can harmony exist in the very midst of discord? We were advised of the consequences of our course while in the body; but we loved our ways better than those which exalted the soul. We have fallen into this fearful abode. We have originated our sorrow. God is just. He is good. We know that ‘tis not from a vindictive law of our Creator that we suffer. Marietta, it is our condition from which we receive the misery we endure. The violation of the moral law, by which our moral natures should have been preserved in harmony and health, is the prime cause of our state. O sin! thou parent of countless woes! thou insidious enemy of peace and heaven! why do mortals love thy ways?”

Here she paused and fixed her eyes, wild with despair, upon me. I shrank from the dreadful glare, for the appearance manifested inexpressible torture.
While she was addressing me, a multitude of the forlorn beings were moving around her, striving to suppress their true feelings, while listening to her relation of the reality of their sufferings. Their appearance, her address and the scene which was before me, filled me with horror; and I sought to escape. Upon discovering this, her grief appeared to deepen, and she hastily said:

“No, Marietta, leave me not, can you not endure for a short period the sight and relation of what I am continually suffering? Tarry with me, for I desire to speak many things. Do you startle at these scenes? Know then that all that moves around you is but the outer degree of deeper woe. Marietta, no good and happy beings abide with us. All within is dark. We sometimes dare to hope for redemption, still remembering the story of Redeeming Love, and inquire, Can that love penetrate this abode of gloom and death? May we ever hope to be made free from those desires and inclinations which bind us like chains, and passions which burn like consuming fires in the unhallowed elements of this world of wretchedness?”